Rajasthan – the Architectural Pearl of India

Rajasthan is the most colorful state in India and also the largest in terms of area. It has a unique architecture and for that is famous all over the world. Rajasthan’s architecture is based on a Rajput school that combined Hindu and Mughal (Islamic) construction. Amazing fortresses and intricately carved temples are an integral part of the architectural heritage of skilled and brave Rajputs.

The Rajputs, named after the Sanskrit raja-putra, or “son of the king,” make up a significant portion of Rajasthan’s original population. They represented a warrior aristocracy that had its origins in the mythical dynasties of Indian antiquity. Even today, they have a reputation for being excellent fighters and many of them serve in the Indian Army.

A culture rich in heroic stories and legends is also reflected in the symbolism of individual cities. The capital of Rajasthan, Jaipur, is nicknamed the “Pink City” and its emblem is a horse, a symbol of strength. Picturesque Udaipur in the southwest of the country is known as the “Lake City” and its emblem is an elephant, a symbol of good luck. Jodhpur is considered a “Blue City” and Jaisalmer, located in the west in the very heart of the Thar Desert, is known as the “Golden City”. The symbol of this desert city is a camel, a symbol of love.

Udaipur – the City of Lakes

According to a legend, Udaipur, the city of lakes, was built by King Udai Singh after meeting a wise saint. In 1568, the saint’s providence was fulfilled when the Mughal ruler Akbar conquered the important Chittor fortress and Udai Singh was forced to move his seat to the newly established and well-fortified Udaipur. The city, surrounded by the natural walls of the Aravali Mountains, was for the vast Mughal army with horses and heavy chariots impossible to reach. Udaipur, the seat of one of the world’s oldest Mewar dynasties, was thus protected from the influence of the Mughals. Today, Udaipur is called the “Venice of the East” for its beautiful lakes lining the so-called havelis, decorated historic palaces with elements of traditional drawings and carved ornaments.

Heroes of the Rajput times

One of the most famous Rajput heroes and also the first national hero of India was Maharana Pratap, the son of the aforementioned King Udai Singh, who continued to fight against Mughal power. Despite the fact that Emperor Akbar sent Pratap six peace messages offering him to join his empire nonviolently, Pratap remained firmly determined not to submit to foreign domination. In 1576, he fought a significant battle with Akbar’s army at Haldighati, in which he was severely wounded and, according to legend, rescued by his horse Chetak, who brought him unconscious out of the turmoil. Maharana Pratap and Chetak are still legendary heroes for the locals, because Akbar never managed to subdue Udaipur.

Originally a Rajput princess from the House of Chittor, Mirabai was married to Crown Prince Bhoj Raj, who died in battle in 1521. After her husband’s death, she renounced wealth, wandered the country, associated with wandering mystics, and became India’s most famous poet and mystic. During her life, she composed many devotional spiritual poems and songs known as bhajans, which glorified Krishna.

The news of her sincere and pious singing also reached the Mughal emperor Akbar, who, although a Muslim himself, greatly admired the Hindu spiritual tradition and culture. He therefore decided to look for Mirabai, but because her royal family was his greatest enemy, he disguised himself as a wandering monk and, together with his court singer Tansen, visited her in the temple where she sang. Both were so pleased with her pious singing and voice that they left her with a diamond necklace as a gift.

At the end, in 1547, according to legend, she miraculously merged with the image of Krishna in the Vrindavan temple, when she was surrounded by the soldiers of her family, who were to bring her back to the royal court. 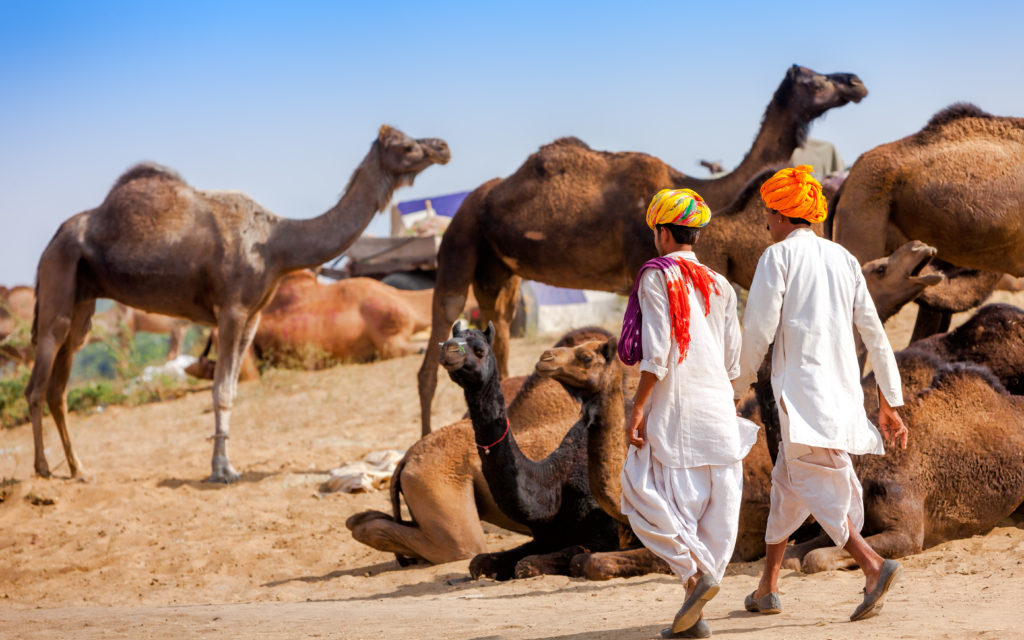 The Abode of Ayurveda – A documentary about the home of the oldest medical system at the foothills of the Himalayas, revealing the timelessness of the inner knowledge of the ancient sages of India.